Before I visited Ireland, EVERYONE and their mother told me I had to visit the Cliffs of Moher. Even my girlfriends that are Irish born and raised told me a visit to the Cliffs are a must. You know it’s a good sign when the locals are suggesting it too. The first stop on my trip was Dublin. Now I’m not a city girl. I mean, I appreciate being somewhere new but the reality is that most times it just ends up feeling like another city. It felt this way when I was off exploring Dublin. I love a European city as much as the next person,  but I knew there had to be more to Ireland. I needed to see this green, lush, Irish scenery I had heard so much about and wasn’t finding that in gray Dublin. Which is why John over at Wild Rover Tours helped me out. He seamlessly had me all set to take a day trip along the Wild Atlantic Way to the Cliffs of Moher, The Burren and even drop me off in Galway. I was all signed up to finally see the rugged part of Ireland I was so desperate for.

5am I was up, much to my hostel mates dismay, and full of excitement to get this day going. An hour later and a short tram ride and I was checking in with my tour guide, JP, and his trusty mate, the bus driver Sean. The bus picks up right in the center of town in two different locations:

The huge Wild Rover logo going along the coach made it really easy to find. EVEN when I was running on not much sleep and no coffee I could still find it no problem.

I knew I was going to love JP when he hopped on the loudspeaker at 7am and told us that the next two hours he was going to let us sleep (WHAT AN ANGEL). When he lowered the lights you could hear a wave of relaxed sighs come from my fellow tour go’ers who were desperate for a bit more Zzz’s. JP promised that when we woke we would be in the Midlands at a surprise location.

Well….the surprise location turned out to be the Barack Obama Plaza nestled in the middle of the Midlands. Yes, you read that correctly, I said the Barack Obama Plaza. Turns out my main dude, Mr. Barack Obama himself, traced back his ancestry to the very small village tucked away in the Midlands. These folks sure are proud of their national treasure Barack and there are plaques commemorating his visit to this tourism center/exhibition/gas station/plaza everywhere. The visitor center will help if you’re trying to learn more about Obama’s family history while your friend fills up on petrol. Or if you’re like me you can stalk every hallway hoping that Michelle will pop out. A GIRL CAN DREAM.

Moving on without me running into my queen Michelle Obama we took off for the Cliffs of Mohr. During the ride, we were treated to sweeping views of the Midlands, Limerick, old castles and “leprechaun” houses. From the plaza, JP was ready to go and so were we thanks to everyone’s naps and coffee fill up. The entire coach was ready to take in the wealth of information this bus ride would turn out to be. JP gave us history lessons about the Anglo Irish War and famous merchants and geology lessons teaching us how Ireland got its shape after the last Ice Age all while The Cranberries (who I had no idea were from Ireland) played in the background and glimpses of the Slieve Bloom mountains our windows. We cruised our way to the coast, passing through the Ennistymon Cascades. By the time we reached the Cliffs of Moher it was just about noon. JP told us that the Cliffs of Moher is the #1 visited attraction and in the summer months is PACKED FULL of tourists coming far and wide to check out the views of the Wild Atlantic Way.

Lucky for myself I was there in January, smack dab in the middle of the offseason and directly after a major storm hit Ireland. JP told us that a week earlier they had to skip visiting the Cliffs because the weather made it completely unsafe to visit. I must have had the luck of the Irish on my side because on the day that I visited the skies were shining the bluest of blues and the sun was out in full force. Even on this gorgeous day there were barely any people besides those on the tour with me so my views were never obstructed.

Even though it was gorgeous I still want to give two practical tips when visiting the Cliffs of Moher. Number 1 being that the wind by the coast is no joke. Never have I felt such a powerful wind and it would wipe you right off those Cliffs without any regard. Don’t’ even think about bringing an umbrella to shield you from the light showers. That baby will get whipped out of your hands and thrown into the ocean in no time. There are also barriers blocking you from the very edge of the Cliffs. Don’t try to jump them, like I said, the wind is no joke and as much as I absolutely understand you gotta “do it for the gram”, “dying for the gram” ain’t cute. Just sayin’.

The second practical tip would be to wear proper footwear. The trail is COVERED in mud and your shoes will be too. Leave the white canvas sneakers and high heels at home. I packed these North Face boots and they were honestly the smartest thing I packed for my entire trip. They were perfect for wading through the thick mud at the Cliffs and romping around Connemara National Park a few days later.

Wild Rover provides plenty of time to explore a good chunk of the Cliffs. You have enough time to visit O’Brien’s Tower and the peak opposite of it. The Cliffs themselves are pretty magical, SO magical that scenes from the Harry Potter were filmed here 🤓. Fast forward to 1:15 to see what I’m talking about. But putting my nerd tendencies aside, it’s easy to see why the Cliffs of Moher have become one of Ireland’s most visited attractions. The views are spectacular and the contrast between the blue ocean slapping against the lush, green Irish coast is unlike anything else. The coastline is a showcase of Ireland’s best.

After probably the best ham and cheese sandwich I have ever eaten in my life (THANK YOU CLIFFS VIEW CAFE) we were off, back onto Wild Atlantic Way. JP taught me more than I ever knew about Irish authors and international fantasy authors that pulled inspiration from Ireland’s landscape. One look at the Burren area and you’ll know real quick why people say JRR Tolkien pulled his inspiration for Mordor from here.

Which brings us to our next destination on the tour, the Burren Rocks. Which was probably my favorite part of the tour. Nestled along the lower coast of the Wild Atlantic Way is the finest example of glacio-karst landscape in the world. The effects of the last glacial period (the Midlandian) are most in evidence, at The Burren having been overrun by ice during this glaciation. When the ice melted, limestone rocks were left creating this barren landscape.

For myself, the tour ended in Galway. The tour does return to Dublin that day but I was planning on staying in Galway for a few days and hopped on this opportunity to stay. This option is also available to anyone on the tour looking for a budget-friendly option hoping to visit Galway after Dublin but trying to save on transportation fees.

JP walked us along the alleyways of Galway and told us a bit of the city’s history. We learned how the city was once an enclosed medieval city and the lasting evidence of that can be seen in Lynch’s castle

…..which was turned into a bank, JP winced as he told us.

We had a good amount of time to explore Galway and JP recommended a number of places to pop into during our time here. One of those suggestions was visiting The Quays pronounced the keys, a low lit massive Irish pub that had the best beef and Guinness stew that I’m still having dreams about. The PERFECT place to grab a meal and a pint after a day of exploring the countryside. At night they even have live Irish music!

Overall, going on the Wild Atlantic Way tour with Wild Rover was one of the best days I had in Ireland. I loved everything about the locations they brought us to, JP our tour guide was so friendly and taught me so much about Irish history and culture. He did a spectacular job ushering us to each of these glorious places providing the context we needed in order to appreciate each location more. If you’re looking for a memorable, amazing day trip from Dublin then you NEED to go on this tour with Wild Rover. The tour options with Wild Rover are endless too, I would have absolutely loved to go on their Giants Causeway/Belfast tour. I am a HUGE Game of Thrones fan and would have lost it if I was able to see the spots used for the Iron Islands. Even the queen went and saw them! Everyone loves them some GoT. If I had more time I would have totally booked more tours with them. They are affordable, fun and jam-packed with so many stunning places to see without feeling rushed. I left the tour that day with an extraordinary experience under my belt, breathtaking photos, a wealth of knowledge and some new friends. That’s a perfect day if you ask me!

For more information about the specific tour I went on you can click the link here. Happy exploring! 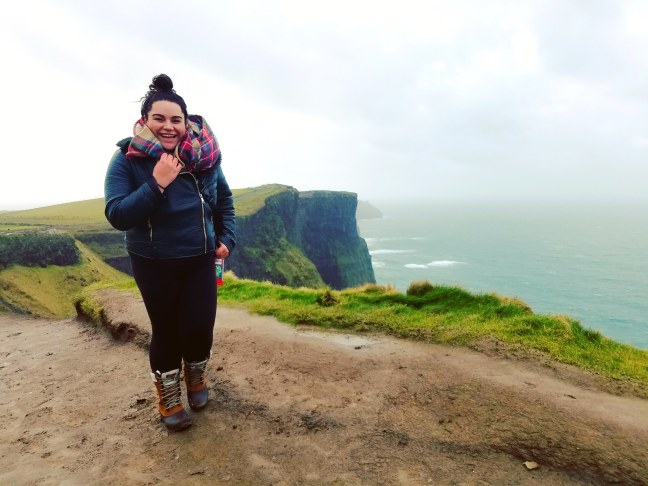 **Disclaimer** Although this tour was offered by Wild Rover Tours, all opinions are my own!