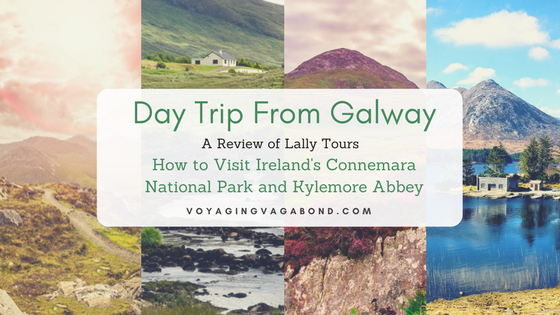 Everybody told me that if I wanted to see the best of Western Ireland then I HAD to check out Connemara National Park. A quick peek at Google photos and I saw picturesque mountains, lush fields covered in colors and lakes that glistened. Oh yeah, I definitely wanted to go there. A bit more research and I stumbled upon Kylemore Abbey, an estate that looks more like a Disney castle nestled right in the mountains of Connemara. I was already in love and I hadn’t even gotten on the plane. I was so excited to find out that Lally Tours offered a tour that combined these two stunners and turned them into a day trip from Galway. PERFECT.

Arranging a tour with Lally was a breeze. Their website has a quick book option. I had a few more questions and was easily directed to what I can only describe as a stellar representative for Lally, Luke. He was SUPER responsive to my emails and kindly answered any questions/concerns that I had.

They also have an office in Galway. This can be convenient if you would rather pop into an office and check out all of your tour options (THERE’S SO MANY TO CHOOSE FROM).

The tour left right out of city center at the main bus terminal which was really easy to find. I was pleasantly surprised to see that instead of a huge coach our tour was in a large van with maybe 14-16 seats. This meant that the tours felt personal and it wasn’t just 50 people being shipped from attraction to attraction.

Our tour guide/driver hopped on and introduced himself as Michael. Now, where do I even start with Michael…

This man was one of the sweetest men I had ever met and also FULL of all the good information. Whether it was Irish history, culture, where to catch the perfect view, fun facts or knowing exactly what song to play to make riding through Connemara feel even more special, he was good for it all. The perfect kind of tour guide.

Our morning started with leaving Galway and hitting the countryside. Which after riding along the Wild Atlantic Way a few days before I was practically at the edge of my seat anticipating this ride. The views were just as glorious as you would imagine. I really had no idea how many hues of green existed until we set off. When people say Ireland is green THEY WEREN’T KIDDING.

Michael’s conversation would effortlessly glide from talks of architecture, current events, and even movie facts! After we cruised past traditional thatch cottages we made a pit stop once used as a film location in the 1952 John Wayne movie, The Quiet Man. My Dad would be so proud and probably REALLY jealous. LOL.

Michael knew exactly when to pull over to make sure we were able to get out and take in the landscape. In the van, Irish music played in the background which couldn’t have been more appropriate as we passed Highland ponies riding along country roads.

Mid-morning we made it to Leenane Village. Situated along the 16km Killary Fjord, this small town was far from bustling and that was perfect. A quiet, relaxing place, where serenity rang with each small wave that washed up along the harbor. Up until this point we had outraced a small rain shower that was continuously on our tail. By the time we made it to Leenane, the shower had caught up which meant it was the perfect chance to take in the local pub, Gaynor’s Bar.

A dark, wood-laden pub, the kind of place where the bartender knows everybody in the village. The fire was roaring, and along with my tea, I was staying nice and warm. I could have stayed in that pub all day. The atmosphere felt so cozy and the ideal place to wait out a storm.

When we left Leenane we were in the heart of Connemara. I couldn’t stop staring out the window in awe. The Twelve Bens Mountains stood tall and were covered in what looked like cotton balls that were actually mountain sheep. The Fjord was nothing like I was anticipating and far exceeded any expectation I had before setting out on the tour. WE WEREN’T EVEN DONE.

Before we arrived at Kylemore Abbey, Michael gave us all of the background info. Built in the late 1800’s by Mitchell Henry, a wealthy businessman, and his wife, Margaret. Mitchell and Margaret were the epitome of true love, Mitchell built this estate as the nesting place for his budding family. What a couple of lovebirds! 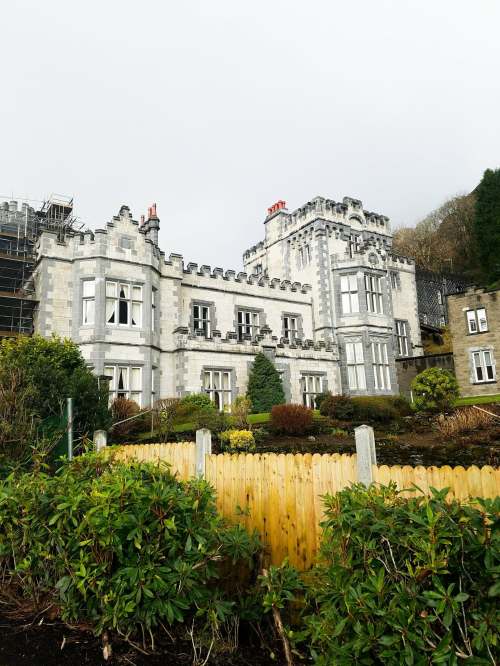 As romantic as this all sounds…..it doesn’t have the happiest of endings for ole’ Mitch and Marg. While on a grand holiday in Egypt, Margaret contracted dysentery and died sixteen days later….

Mitchell was DEVASTATED, his one true love, gone far before her time. He was left with his nine kids.

Now rather than just setting aside a charming spot on the property to lay his beloved Margaret to her final rest, he kept the romance coming even after her death. He built her a giant mausoleum and a Neo-Gothic church right on the property. Yes, you read that correctly, an entire mausoleum AND church in honor of her memory. 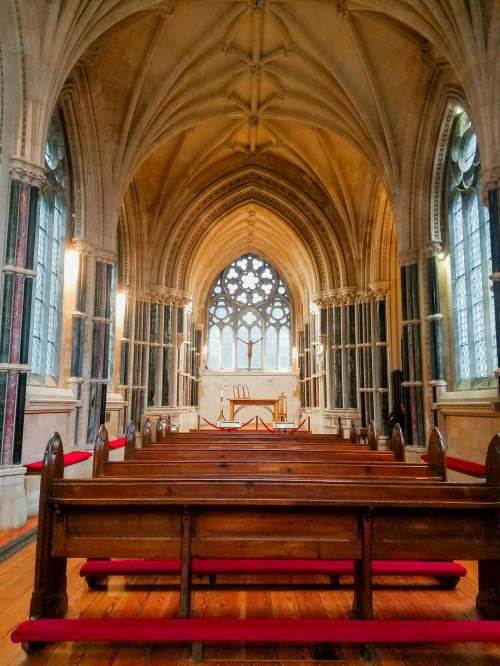 Since the 1920’s Kylemore Abbey has been owned and run by the Benedictine community and is still a functioning Abbey today.

I started to catch glimpses of Kylemore as we made our way around the water. By the time we pulled into the parking lot I was bouncing out of my seat. Lally tour’s schedule allowed for us to have plenty of time at each location and we never felt rushed. Whether we were stopping for a photo spot, making a pit stop, or grabbing a drink in Leenane, there was always ample time to take in that moment. Kylemore was no different. Michael told us that we had nearly 3 hours to explore the Abbey, walk the grounds, have a meal in the café (I HIGHLY RECOMMEND THE IRISH STEW & SCONES) and explore the Victorian walled gardens.

While I was walking the grounds I found the cathedral that Mitchell had built for Margaret. Sure enough just like Michael said, rather than the cathedral being decorated with gargoyles which was common for a gothic style church, Mitchell instead decorated the exterior with angels. This church WAS built for the love of his life. Are you crying?! Because I’m DEFINETLY not…..

….okay I am….but I mean how sweet and romantic is that gesture?!? True romance does exist people!!

The interior is even more lovely. Competing with the beauty of the Abbey and the Victorian garden it was hard to decide which was more beautiful. They were all compelling and I was awestruck walking around the property.

After a couple of hours spent at Kylemore we were back in the caravan cruising through the hills of the countryside during the golden hour. The mountains shone in the last rays of sunshine for the day. We made it to Spiddal just in time for an unforgettable sunset. The blue sky shifted into purples and pinks and I sat along the Atlantic ocean with the Aran Islands and a gorgeous sunset as my backdrop. It was the perfect way to cap a really spectacular day.

Our drive home along the Salthill Promenade back to Galway went by in a blink. We arrived back to Galway city center at the main bus terminal around 5:30PM. Which was perfect because I needed to hop on a bus back to Dublin for a reunion with some of my Irish ladies. I had plenty of time to leave the bus station, shoot back to my hostel, grab my pack and make it back to the bus station with time to spare. It was a perfect way to spend my day and I still had plenty of time in the evening to not only make it back to Dublin but also have a fantastic dinner at The Market Bar and a drink at P.Mac’s while catching up with my long lost gal pals that I met in Krakow.

My experience with Lally Tours was really out of this world. The company itself is a shining example of customer service. They really went out of their way to make sure that this was one of my very best experiences Ireland. My day was packed with killer views and I was really completely enveloped in the spirit of Ireland.

Lally tours offer such a wide array of tour options that can meet any traveler budget. I would go back to Connemara anyday and really intend to. The same can absolutely be said about booking another tour with the guys at Lally! Two pints wayyyyy up for the day!!

Have you been to West Ireland? What are your favorite things to do? Let me know in the comments!

**Disclaimer** Although this tour was offered by Lally Tours all opinions are my own!

2 thoughts on “Day Trip From Galway: How to Visit Ireland’s Connemara National Park and Kylemore Abbey: A Review of Lally Tours”